Fortunately, I didn’t have much time to be mortified. After telling me how much she loved the book, Oprah launched into a dozen different questions about it, grilling me like a rabid English teacher. I had just started my next book, Coal Run, and was so preoccupied with the new characters and plot that I couldn’t remember at least half the stuff that went on in Back Roads.

“You better reread that book,” Oprah instructed me. “You’re going to be our April pick. Is that okay with you?”

“Okay,” I squeaked. At that moment, I couldn’t imagine anything more important or exciting than being an Oprah pick. Yet, just two weeks later, its only value to me would be as a bartering chip with God to be used in exchange for my little girl’s life.The Nightmare BeginsTirzah came down with streptococcal pneumonia on March 7. She had been hospitalized once before with pneumonia and recovered quickly, so I wasn’t overly panicked.

This time, she was released from the hospital after a couple of days and slept soundly and calmly that first night at home. But when I went to check on her the next morning, I founded her lying diagonally across her bed, face down and legs bent at unnatural angles as if she had been frozen in the middle of thrashing. 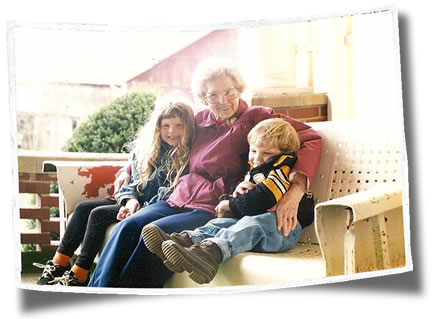 I called her name and got no response. I turned her over and terror began seeping through me. Her eyes were wide open, but not seeing.
I got her to stand, but she kept her head turned to the side. I couldn’t get her to speak or look in my direction.

I screamed for my husband, Mike, to come to the room, and called 911 while he stayed with her. The ambulance arrived within ten minutes, but by that time, she had gone into a full-blown seizure, her limbs jerking uncontrollably, saliva frothing at her mouth.

Tirzah was taken to the closest hospital. Ironically, we had chosen a pediatrician affiliated with a more distant hospital because that hospital was considered better. At the facility to which the ambulance brought her, our doctor wouldn’t even be allowed to treat her.

During the next two days, we never saw a pediatrician. Instead, we were assigned an infectious-disease specialist and a neurologist because Tirzah kept having seizures. Both doctors focused solely on her brain and seemed to ignore or discount other symptoms, such as the extreme amount of blood in her urine and her high blood pressure. We tried discussing these problems with them, but they were rarely around and almost impossible to reach by phone. When they did check in, they quickly scanned Tirzah’s chart and asked us the same questions over again, as if we had just arrived. We called our pediatrician daily, but her hands were tied. We were stuck: Though we wanted to have Tirzah moved to the better facility, our insurance wouldn’t cover the move, unless it was recommended by a doctor who was treating her.

Meanwhile, Tirzah continued to have seizures.  She lost her memory. Her vision became blurred. She threw up everything she ate. Eventually, she no longer recognized her own daddy.

In the midst of her deterioration, the doctors pelted us with some of the most terrifying words a parent will ever hear: meningitis, encephalitis. She was tested for these illnesses and even had a spinal tap. We were paralyzed by the unspeakable fear of suddenly, senselessly losing our child, yet we reassured ourselves that the staff of the hospital – any hospital – had to know what they were doing.

The final blow came after Tirzah’s brain scan came back. She had been in the hospital just forty–eight hours, but those two days seemed like two separate, excruciating eternities. Mike had gone home to shower and change his clothes, so I was alone when a doctor I had never met before took me into a room, laid her hands on top of mine and said, “Your daughter’s MRI shows swelling and lesions on her brain. There’s nothing we can do for her here. We‘re going to have to move her to Children’s Hospital, in Milwaukee.”

I stumbled out of the room stunned, unable to empty my mind of images of my bright, happy, energetic little girl and the realization that I might never see her that way again.

Later the same day, the resident who rode along with us to Children’s Hospital asked a few questions, read Tirzah’s charts, looked over the MRI and guessed that she might have acute glomerulonephritis, a kidney infection caused by the strep bacteria.

“What about the lesions?” I asked.

The resident shook her head. “I don’t see any lesions,” she said, pointing to the MRI. “This is probably the beginning of hemorrhaging due to her high blood pressure, which is caused by the infection.”

For the next couple of days, our lives continued in slow motion, ruled by the beeping of blood-pressure monitors. But Tirzah’s senses gradually began to return, and the diagnosis in the ambulance proved to be accurate. She was placed on blood-pressure and antiseizure medications to control the worst of her symptoms, and the strep was treated with antibiotics. Tirzah was released from Children’s Hospital within a few days.

It’s been almost one year since that horrible, wonderful March, and our lives have pretty much returned to normal. While having one of the best experiences of my life coincide with one of the worst made the success of my novel seem even sweeter, it also put its importance into perspective. When I look at the Oprah logo on the cover of Back Roads, I not only think about how fortunate I am to have it, but also how fortunate I was without it.