When I was a kid and already knew I wanted to be a writer when I grew up, I promised myself that someday I was going to write a book and set it in a town called Coal Run simply because I liked the name. Flash forward to a day in my teens when a friend and I drove about 100 miles northeast to go visit my cousin Kenny at Penn 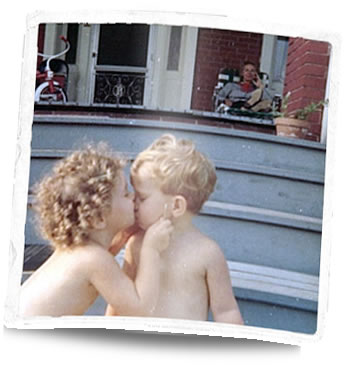 State and on the way back we checked out the infamous smoldering ghost town of Centralia. Once again I was captivated, this time not by a name but by a place, a town invisibly on fire, an entire community gone, houses razed, sidewalks and driveways leading to nowhere and nothing, lawn ornaments and bicycles left behind in weed-choked yards, a little white abandoned church with dusty, blue and scarlet stained glass windows and a family of raccoons nesting in the preacher’s dias. A mine had caught on fire and before long all the ground beneath Centralia was on fire, too. The trees were gray and brittle in summer. The air smelled like sulfur. The ground steamed when cold rain hit it. The coal that had provided the town with life had turned to poison beneath it and caused its death. I told myself that someday I was going to write a book about a town like Centralia.

In my late twenties, I wrote a short story set in a town like Centralia but called The Czar of Coal Run. It was about a crazy old ex-miner who refused to move even after the town had been declared a disaster area and all the other residents had left and their houses had been bulldozed away. At the time I did nothing with the story other than put it in a drawer but the place and the man continued to haunt me and ten years later I would finally write the first draft of a novel based on this story. The novel was Coal Run, and I would rewrite it four times over the course of four years before I finally got it right. During those rewrites I discovered the novel wasn’t about the crazy old ex-miner but about his grown son, Ivan Zoschenko, a fallen football hero also known as The Great Ivan Z. The old miner it turned out had never had a chance to become old. He was killed in a mine explosion when Ivan was a child. He was in fact a ghost.

There were countless times when I tried to abandon this book but the loyalty I felt to the characters and the place kept bringing me back to it. I also couldn’t know it at the time but one of the biggest stumbling blocks I was facing was that I had to go through a journey similar to Ivan’s journey to finally understand him. I, too, had to feel an undeniable pull back to my roots after eagerly running away from them years earlier.

In Coal Run, Ivan tries to resolve some of the conflicting feelings many of us have about our hometowns: how we can dislike a place we love, how we can envy a lifestyle we don’t want to have, how we can admire someone we pity, and how sometimes we have to leave our homes in order to understand that they are our homes.

I had been living in the Chicago area for fourteen years and finally came to realize that I not only wanted to move back to Pennsylvania but I needed to. Once I did, I was finally able to finish Ivan’s story. Coal Runis a book about homecoming, and I had to come home in order to be able to tell it.