People are always asking me why I chose to write my first two novels in the male first person. I don’t choose what I write about, I tell them. Harley and Ivan, the male protagonists of Back Roads and Coal Run, chose me. I’ve never written a novel because I decided I wanted to write a novel and then said to myself, “Hmm. Now what should I write about? Who should my characters be? Where do they live? What do they do?” My characters come to me. They settle in my brain and get into my blood. They tell me their problems and show me their wounds. They reveal their hopes and 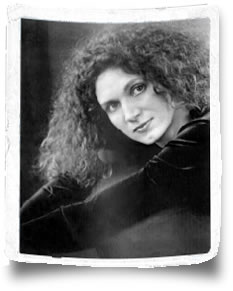 dreams, their regrets and fears, and sometimes their terrible secrets. They plague me until I tell their stories whether I want to or not.

Shae-Lynn had been dropping in on me for years showing me footage of her life but quickly disappearing as soon as I tried to have a serious conversation with her. She appeared to be an interesting woman: gutsy, smart, violent, promiscuous, a tough ex-cop and a devoted single mom, a woman who’d been exposed to the finer things in life but chose to return to her blue collar roots, heroic in a Dirty Harriet sort of way, but this was all surface flash. She refused to show me what was underneath which makes for the worst sort of literary character. She was impossible to get to know; so much so that the first draft of Sister Mine didn’t even have her in it.

The unfinished first draft of Sister Mine was told from the Jolly Mount Five’s perspective. These are the five coal miners – all friends of Shae-Lynn’s – who were trapped for four days after a mine explosion. Their rescue, their subsequent short-lived fame as heroes and media darlings, and what has become of their lives since is the back story for Sister Mine. I tried to make it the entire story, and I had my reasons. It made sense that I wanted to write in a male voice again. Both Back Roads andCoal Run had met with critical and commercial success. I write well in a male voice. As strange as it sounds, I had no confidence in my ability to write in a female voice and was even less interested in doing it. What’s the fun in writing about a woman? I am a woman. Been there; done that.

But once again, I was to find out I didn’t have much choice in the matter. Shae-Lynn finally decided to take me into her confidence and one of the things I learned was that she was tied to all of these men, that their town was her town, and their pain was her pain. She was the character whose story I was supposed to tell.

I’ve gone through a great deal personally, professionally, and creatively during the past few years. Some of it has been good, some bad, but all of it has been a learning experience that has led me to a point where I no longer feel the need to pick myself apart and have decided instead to embrace all the conficting elements that exist inside me as a woman and a writer. One of the results of this acceptance has been the arrival of my female literary voice. She’s angry and she’s violent, but she’s also caring and vulnerable. She’s independent, but she knows she belongs to some and is owned by others. She’s sexual and she’s maternal. She’s proud and strong but constantly afraid. She’s Shae-Lynn.