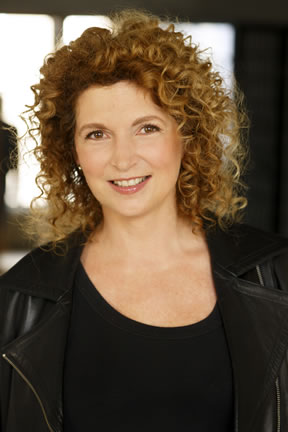 To schedule a book signing, speaking event, or arrange an interview, please contact tawni@tawniodell.com. Tawni is also happy to accommodate book clubs with conference calls or personal appearances if possible.

O’Dell’s ability to capture small-town angst and envy is superlative. Even readers who don’t typically like mysteries are sure to enjoy this gem of a novel. —Jessica Howard, blogger at Quirky Bookworm

“A darkly compelling look into how the past colors the present, this psychological thriller will linger with readers.” —RT Book Reviews

“O’Dell, yet again, shows why she is among the bestsellers. Her magic is powerful.” —Suspense Magazine

“O’Dell does a stellar job of depicting the despair of those who live in a blighted rural community, while providing a complex study of the human soul and the fragile line that’s crossed when someone chooses to end another person’s life.” —Publisher’s Weekly (starred review)

“This book had me on the edge of my seat. I promise-you won’t be able to put it down.” —New York Times bestselling author Brenda Novak.

“O’Dell’s language is as beautiful as her setting is bleak, and her characters live and breathe as they struggle over the defining line between victim and survivor. ANGELS BURNING is a fine mystery, but O’Dell is also working on a broader canvas: the rust belt of the human heart.” —Matthew Guinn, author of THE SCRIBE

“This compelling, fast-paced mystery feels like part of a series rather than a stand-alone, with its smart, self-aware protagonist O’Dell’s latest is character-driven crime fiction at its best. Readers will want to see more of Carnahan.” —The Library Journal (starred review)

“Without doubt, ANGELS BURNING is the best mystery I’ve read all year. Tawni O’Dell’s characters are at once brutal and tender, baffling and wise. They will hold you transfixed while this story sneaks up and breaks your heart.” —Carla Norton, author of the #1 New York Times bestseller THE PERFECT VICTIM

“In ANGELS BURNING, Tawni O’Dell ratchets up the suspense with stunning twists and turns that send the unsuspecting reader careening toward a shocking ending. Angels Burning is a no-holds-barred, page-turning, perfectly crafted thriller that kept me reading long into the night. I can only hope that this is not the last we hear of O’Dell’s feisty and complicated protagonist Dove Carnahan.” —Heather Gudenkauf, author of THE WEIGHT OF SILENCE

“With a writer as insightful as Tawni O’Dell, and a protagonist as fascinating as Dove Carnahan, from the first page you brace yourself for the hard truths of the town of Campbell’s Run. Angels Burning lives up to every bit of its promise. This is a terrific book.” —Jamie Mason, author of THREE GRAVES FULL and MONDAY’S LIE

“O’Dell returns with a captivating mystery… Filled with surprising twists and turns, this whodunit in a sullen town is a page-turner.” —Kirkus Reviews

Praise for Tawni’s other novels . . .

“A fearless exploration on the line between mental illness and true evil, a place many thriller writers visit but without the kind of fearless insights O’Dell reveals in this powerful novel.” —The New York Times Sunday Book Review

“Twists and turns and family secrets abound in this tightly plotted thriller.” —Booklist

“A well-written psychological thriller that will appeal to fans of Gillian Flynn and Daniel Woodrell.” —Library Journal

“O’Dell is the absolute master of her craft.” —The Denver Post

“A searing, tragic vision of working-class people . . . Powerful and uncompromising, yet radiant with love, this one’s pretty close to a masterpiece.” —Kirkus Reviews (starred review)

“A masterfully unfolded, absolutely engrossing story as smart and sassy as it is wise.” —Booklist (starred review)

For more reviews, go to the Reviews page for each of Tawni’s books.

Catching up with Tawni O’Dell, author of ANGLES BURNING on My Bookish Ways on January 13, 2016

Killer Company, Tawni O’Dell’s ONE OF US and More by Christopher Rice appears in the New York Times Sunday Book Reviews on October 24, 2014.

ONE OF US continues to be compared to Gillan Flynn’s #1 bestseller, GONE GIRL! The CBS Local Dark and Twisted Thrillers for Fans of GONE GIRL reading roundup went live in all 24 CBS Local markets on September, 22, 2014.

Listen to Tawni’s appearances on Word Patriots with Mark Seinfeld on WebTalkRadio.net.