Ever since I was a little girl, I wanted to be an author. I wanted to write books like James and The Giant Peach, and To Kill a Mockingbird, andThe Chronicles of Narnia. 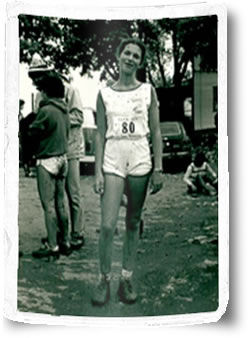 years later I had five unpublished novels sitting in my closet along with a box of at least 150 rejection letters.

During all that time I wrote what I thought other people wanted to read, not what I wanted to write and not what I knew or cared about. It wasn’t until I decided to set my work back home in western Pennsylvania and tell the story of a teenaged boy struggling to survive in a dying coal town that I finally found the intangible magic that makes a novel ring true.

Back Roads was that novel. It was my first published novel and it was also a bestseller, which is a thrilling and frightening combination not unlike the mix of emotions we mothers feel when handed our firstborn children.

Everything I know about being an Author with a capitol A (by this I mean everything about being an author outside the actual writing of the book,) I learned with Back Roads. All my first successes and all my first mistakes I experienced with this book.  I was protective and proud of it, but also critical and disgusted with it. I stayed up nights worrying about its future yet spent days longing to get it out of my life. Some days I resented it and thought I’d scream if one more person mentioned it to me. I felt like it consumed my identity, that the only reason anyone liked me was because I wrote this book they loved so much. Other days I was content to have it define me. I wanted to tell everyone I met, “Look what I did. I wrote Backs Roads.”

Back Roads was my firstborn and with the publication of my subsequent novels, it is my first gone from center stage, but I hope readers will always feel it deserves its own spotlight.